I’m just a regular person.. I’m a bit shy so I covered my face.

He doesn’t shy away from tough exercises and together with the other teammates he puts in his best.
And while we were showering we were chatting about the “Korean Top Team” rash guard..
He knows everything (I think he’s a member of the MMA Daum cafe..)

His body has become much better. While working out with Korean Top Team, it’s difficult not to become better, isn’t it 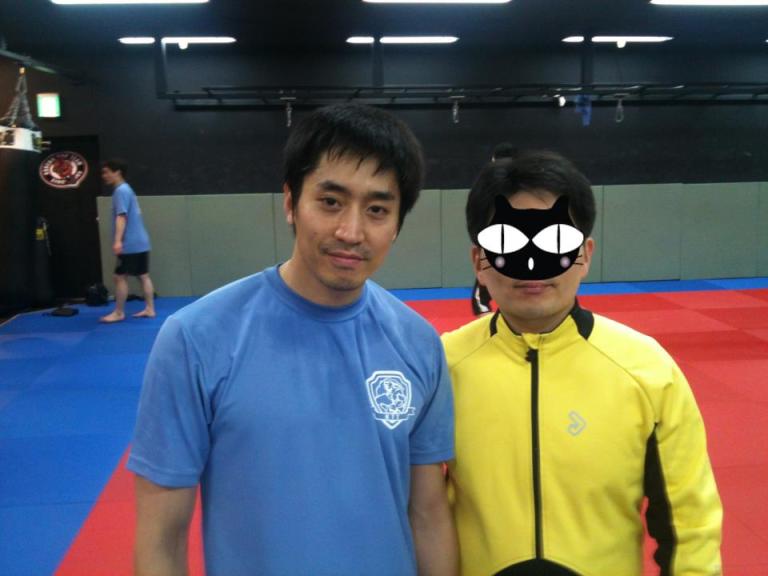 And this one is with MMA fighter Jung Chan-Sung

Eric Mun: I’ve watched almost all of your fights on TV and it was really amazing when I saw you in person at the gym~ That week fighter Yang Dong-Yi also turned up but I couldn’t greet him because I was in the midst of the class~ Korean Top Team fighting!